A standalone supplement for a freeform magic system based on Trusted with Its True Name: An Ethical Approach to LeGuinian Magic for Games and Stories by Victor A. Gonzalez.

Structured as a series of questions and answers, this magic system puts a focus on story, negotiation, and accepting consequences. It is completely modular and designed to be use along with your existing choice of roleplaying game.

This might be the first Mosaic Strict I'm super excited to play with at an actual table.

Love this! Think it is a very good take on LeGuin.

I am brainstorming a Solarpunk game for a couple of solarpunk jams coming up and this magic system fits perfectly with the game's phylosophy. Is it ok if I use it? How should I atribute?

Hello, Gabriel. Yes, you can definitely use any of the text in this pamphlet in your game.

If you do, please put this text in the copyright page of your game, "... based on The Magic of Names by Thomas Manuel which is itself based on Trusted with Its True Name: An Ethical Approach to LeGuinian Magic for Games and Stories by Victor A. Gonzalez and is licensed under a CC BY SA 4.0 International License."

A concise one-page move/procedure slottable into any game. The reverse side of the page gives background & summarises the main points of the linked pamphlet.

While I generally prefer some randomiser element, this is a great framework that lets magic be powerful & impactful, "balancing" it against player consensus (two other players have to be on board with your proposed effect) and against possible consequences for your character and the world.

Thanks for all the kind words!

I was thinking that the third step could have a roll to decide if the spell succeeded or failed - because I think players will find it hard to just decide and tell another player that their spell failed. But I couldn't figure out what the probability of success should be without knowing the scale of the effect, etc. In the end, I punted and didn't mechanize that part - though I may update this if I figure out a nice way to do it. 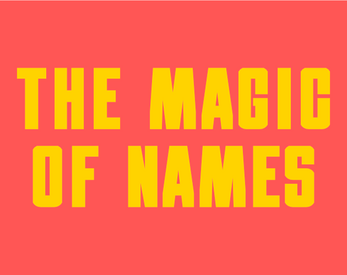